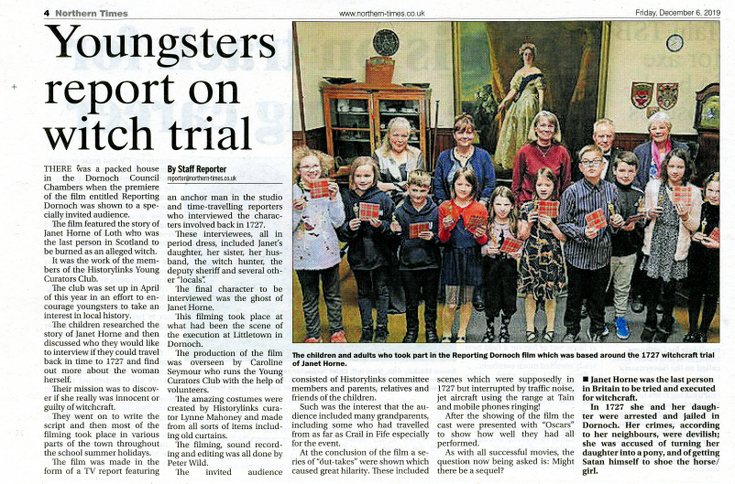 Extract from the Northern Times of December 6, 2019, with the title 'Youngsters Report on Witch Trial' reporting the premiere of a video, produced by Peter Wild, entitled 'Reporting Scotland: The Story of Janet Horne'. The film was shown in Dornoch Council Chambers on Wednesday 20 December 2019. The packed house was enthusiastic in applause for the Historylinks Young Curators Club who had contributed to the scripting and appeared in various roles recounting the story of Janet Horne of Loth who was the last person in Scotland to be burned as an alleged witch. A colour photograph accompanying the article records the youngsters and Museum volunteers involved in the project.