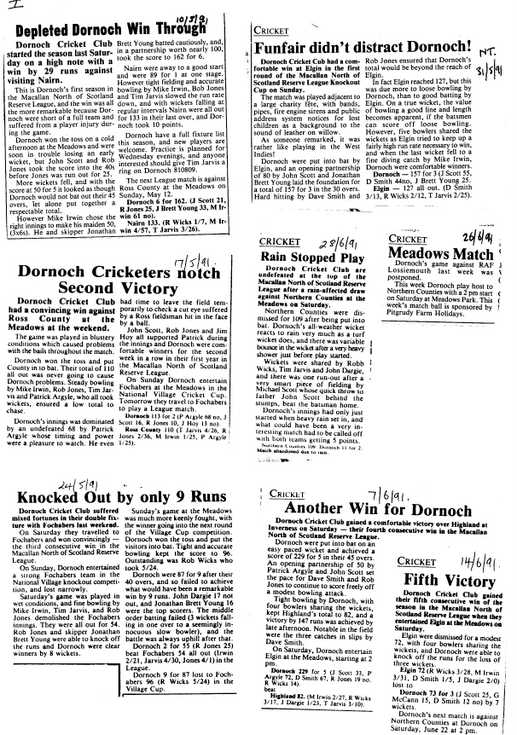 Series of fourteen match reports in the period from 10th May 1991 to 30th August 1991. The final report states that the Dornoch C.C. celebrated winning the Macallan Reserve League, having beaten Highland by 53 runs at the Meadows. Quote ''This is Dornoch's first season of competitive cricket and the whole team have pulled together well to carry off the title''.

A curious incident is recorded in the cutting dated 12th July 1991, describing a seven-a-side competition held at Nairn, during which play was disrupted by three zebras and a pony wandering onto the field of play, having been separated from a visiting circus (!).
Picture added on 09 January 2020 at 12:05