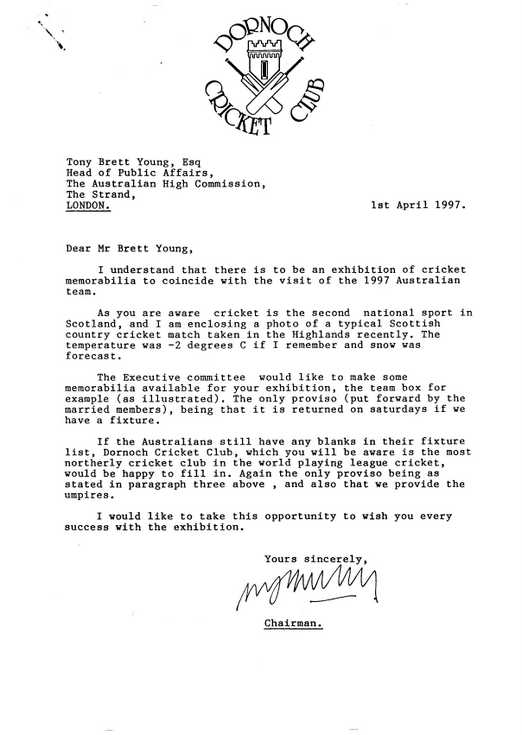 A copy of a 'tongue in cheek' letter on Dornoch Cricket Club headed paper sent to the Head of Public Affairs, The Australian High Commission on 1st April 1997 to coincide with a real exhibition being held at the time of the Australian Cricket Team touring England. It will be noted the penultimate paragraph includes an invitation to the Australians, if they 'still have blanks in their fixture list', to play Dornoch Cricket Club "the most northerly cricket club in the world playing league cricket". An accompanying photograph showed Euan Currie playing with his abdominal protector (box) situated in his sporran. The ball can be seen level with the fieldsman's head (J Brett Young) and the wicket keeper is Niall Scott.d
Picture added on 09 January 2020 at 12:02