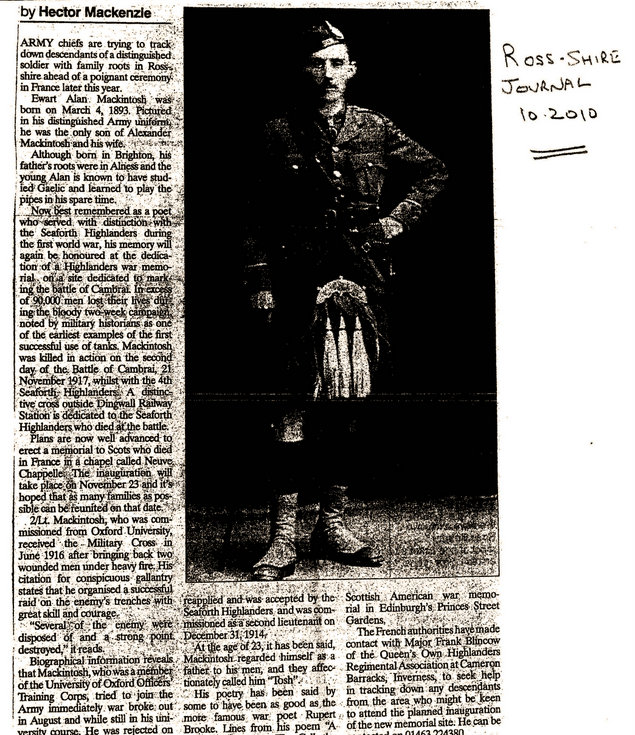 Copy of an article published in the Ross-Shire Journal of October 2010 seeking relatives of Lieutenant Ewart Alan Mackintosh MC who was killed in action on the second day of the Battle of Cambrai 21 November 1917 whilst with the 4th Seaforth Highlanders. He previously served with the 5th Seaforth Highlanders, the battalion recruited in the Dornoch area, although he was born in Brighton on March 4, 1893, the only son of Alexander Mackintosh and his wife. His father's roots were in Alness and the young Alan is known to have studied Gaelic and learned to play the pipes. He is now best known as poet who served with distinction with the Seaforth Highlanders. In his published works he is known as Lt E Alan Mackintosh. Commissioned from Oxford University, he received the Military Cross in June 1916 after bringing back two wounded men under heavy fire. The article includes a monochrome photograph of Alan in dress uniform.