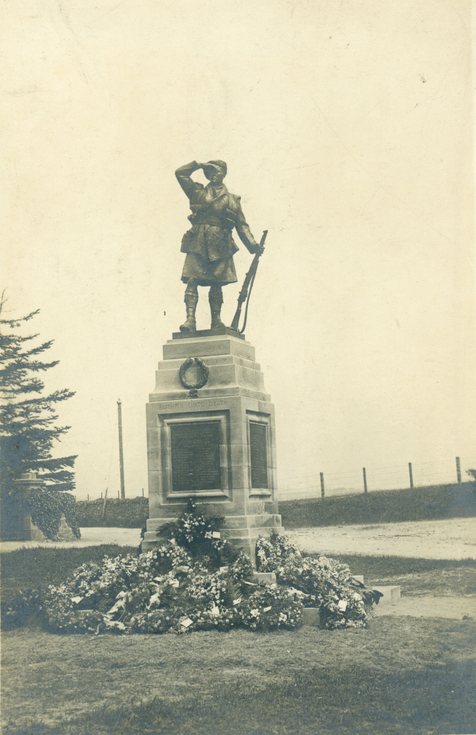 Monochrome photograph mounted on grey card of the Dornoch War Memorial on its original site in a road island at the end of Poles Road. The plinth is surrounded by floral tributes indicating this photograph may have been taken shortly after the memorial's erection and dedication in 1922. The war memorial was relocated to the eastern side of the junction of Poles Road in Feb 1992
Picture added on 12 September 2019 at 10:56