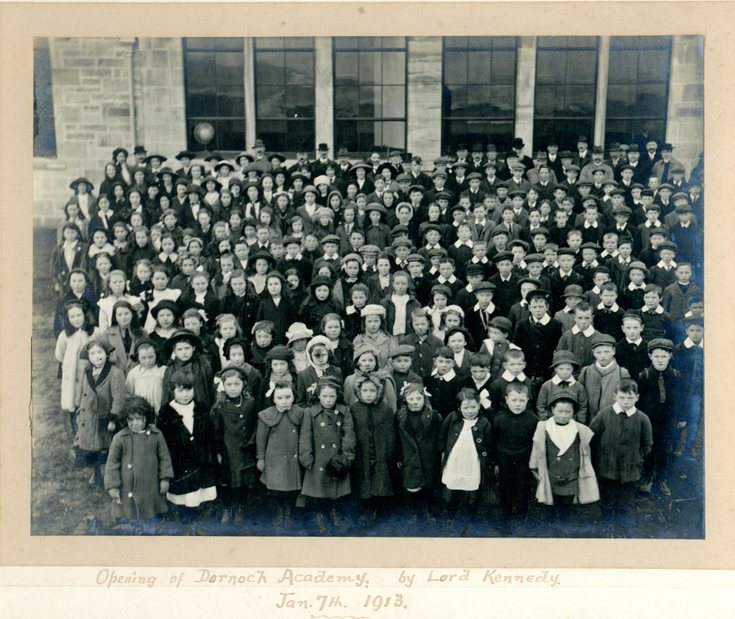 Monochrome group photograph of the assembled pupils at Dornoch Academy (later to become Dornoch Primary School) at the opening of the Academy by Lord Kennedy January 7th, 1913. The photograph is mounted on cardboard with a hand-written annotation beneath recording the opening details.

There is a similar photograph at 2001.324 with slight differences in the posing of the children e.g. small girl with white dress beneath her coat, fourth from the right in the front row, and with the removal of the boys head-dress. Obviously the photographer took several exposures.
Picture added on 17 July 2019 at 10:22