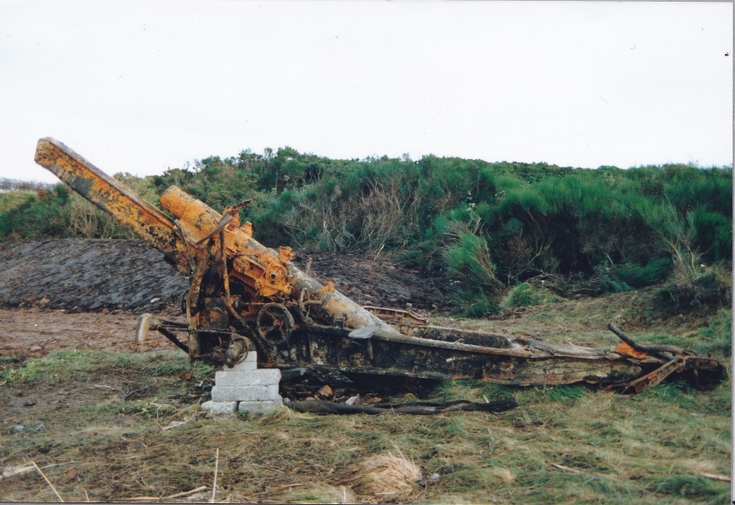 Colour photograph of WW1 German field gun after recovery from Witch's Pool Dornoch. The gun is in a corroded state after being dumped in the Pool on account of offence caused to the local community.

See picture #10685 which gives newspaper accounts of the incident in 1921 when the gun was ceremonially immersed at night in the Witch's Pool near the 17th hole of the golf-course by a crowd of persons who had been drinking in the Eagle Hotel Dornoch. Two other guns presented to Dornoch were dumped in a local quarry for scrap purposes.