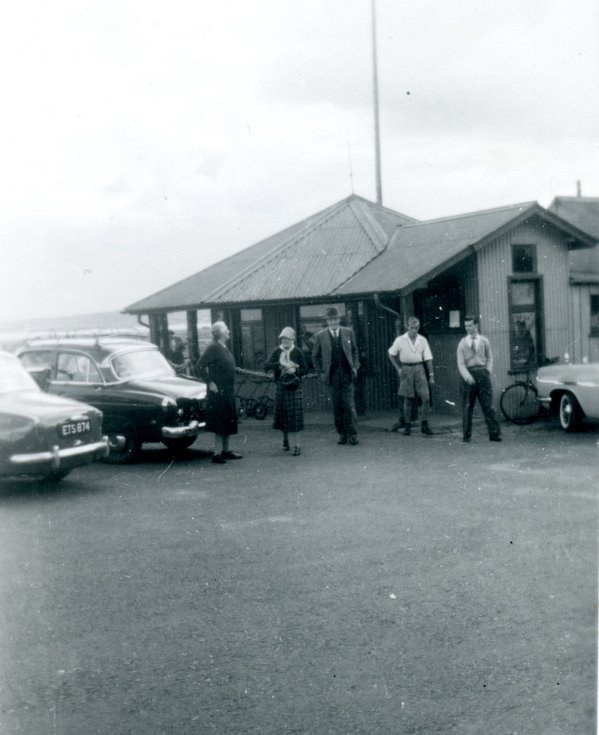 Monochrome photograph taken on the occasion of the visit of Prime Minister Harold MacMillan, accompanied by his wife Dorothy, to the Royal Dornoch Golf Club in September 1958. They had been staying at Balmoral and this was the first visit after Harold MacMillan became Prime Minister, playing a round with the Duke of Portland. A large crowd assembled for the occasion and it was reported that Dorothy MacMillan was nervous of playing in front of so many people and went into the clubhouse to steel her nerves with a cup of tea. The Prime Minister is wearing a trilby at centre of the group with his wife Dorothy standing behind the boot of their car.
Picture added on 17 October 2017 at 10:46