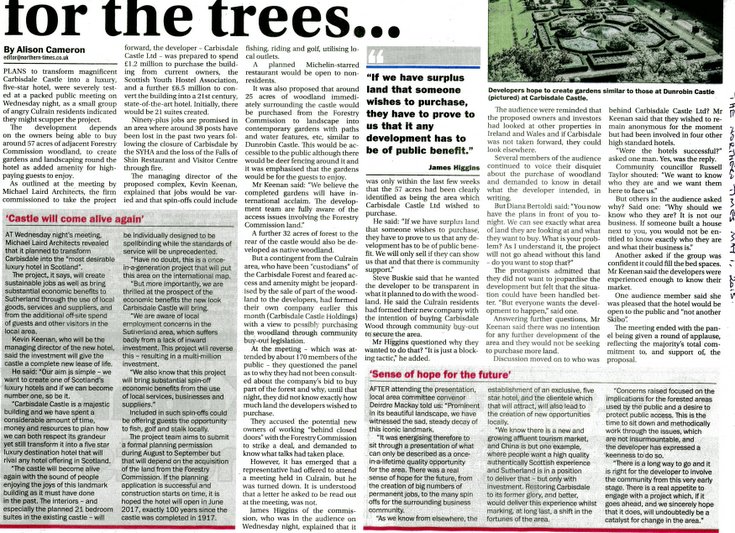 Extract from the Northern Times of Friday May 1, 2015 with title 'Extent of forestry purchase revealed at emotional Carbisdale meeting - Seeing the wood for the trees...' reporting that plans to transform the magnificant Carbisdale Castle into a luxury five star hotel were severely tested at a packed public meeting on Wednesday 29th April. The development was presented as dependent on the owners being able to buy around 57 acres of adjacent Forestry Commission woodland to create gardens and landscaping around the castle. A colour photograph accompanying the article shows the garden at Dunrobin Castle as an example of what the developers would hope to create. Despite several of those attending the meeting voicing disquiet about the purchase of the woodland, there was consensus that this should not force the developers to look elsewhere and the meeting ended with "a round of applause, reflecting the majority's total commitment to, and support of, the proposal".