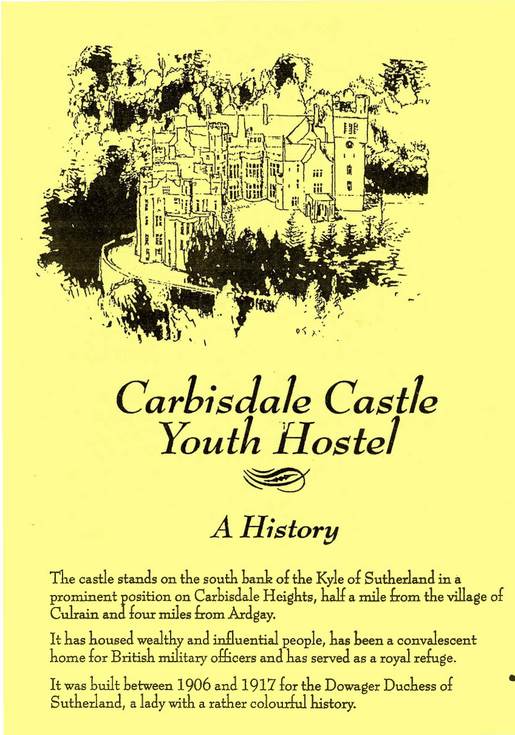 A4 yellow paper folded to A5 size for a leaflet entitled 'Carbisdale Castle Youth Hostel - A History'. The front page and an small oval addition to the inside page bear a monochrome line drawing of the Castle in is prominent hill top location. The history covers the period from the building of the Castle between 1906 and 1917 for the Dowager Duches of Sutherland, "a rather colourful lady", to its purchase in 1933 by Colonel Theodore Salveson a wealth Scottish businessman of Norwegian extraction and head of the Christiian Salveson Shipping and Whaling Company of Leith. Through Col Salveson's consular connections he provided King Haskon of Norwary and Crown Prince Olav (later King Olav V) with a safe refuge during the German occupation of Norway in WW2. Col Salveson's son Captain Harold Salveson inherited the castle on the death of his father and in 1945 he gifted it to the Scottish Youth Hostels Association.